No one, it seems, could like Jared Leto’s face more than the man who photographs it almost every day. With the Academy Awards fast approaching, let’s jump the gun a little bit and give an Oscar for the most selfie-serving Instagram feed among nominees.

Nothing quite stirs up childhood nostalgia like memories of your teddy bear, as one man learned when he posted a now-viral YouTube video of his fiance receiving her Christmas gift – a refurbished version of her long-lost bear.Cue: gasps of glee across the Internet! 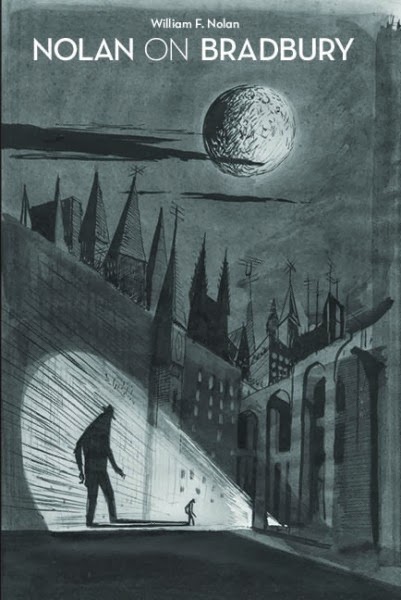 Nolan
on Bradbury
is a fascinating exploration into two stellar figures in speculative fiction,
their relationship over sixty years, and the intellectual cross-fertilization
that can occur when such minds meet and share.

More than a personal account and less
than an academic study (in all of the right ways), the book allows readers a kind
of continuous insight into a friendship and a working exchange. Following
introductory materials by Jason V. Brock, S. T. Joshi, and Ray Bradbury himself
(writing about Nolan), the book opens onto a series of chronologically arranged
articles and essays—including introductions and afterwords to a number of books—in
which Nolan speaks about Bradbury, beginning with their first encounters and
Nolan’s responses to them (1952) and concluding with Nolan’s “My Personal
Evaluation of Ray’s Finest Stories” (2013). Joshi comments in his introduction
that there is a certain level of necessary redundancy in the accounts, and he
is correct; key episodes in their friendship recur frequently, often using the
same sentences and vocabulary. But that is as it should be. The repetitions
remind readers that they are following a six-decade long series of conclusions
on Nolan’s part; the details of Bradbury’s career and influence may—and must—shift
as the essays progress, but at core, the essence of Bradbury remains the same.
Each repetition is placed into a different context and thereby gains depth and
resonance, linking the disparate essays into a unified whole.

The second major section, “Stories,”
presents Nolan’s fictions that he defines as either about Bradbury or
influenced by Bradbury’s style and approach. They range from serious stories,
such as “And Miles to Go Before I Sleep” and “To Serve the Ship,” to
exquisitely modulated parodies and satires, such as the perfectly titled “The
Dandelion Chronicles”—a loving tribute to Bradbury that encompasses most of his
recurring themes as well as his signature style. Each is distinctly Nolan; none could have been written without his
having first met Ray Bradbury.

“Tributes to Ray Bradbury” and “Afterword:
The Return of Ray B.” round off the volume by giving space to Nolan, Brock,
John C. Tibbetts, Joshi, and Greg Bear to speak personally and, as it were,
conclusively about Bradbury and his influence. Each offers more insight into a
complex, multi-faceted, tremendously influential genius. Each is much
appreciated.

The final part is a short but useful
bibliography of major works, collections, stories, and other writings by both
Nolan and Bradbury. It is an appropriate capstone to this involving study of
writing, writers, friends, and friendships.

Anyone interested in either Nolan or
Bradbury will find much of value in the collection. Thanks to everyone involved
in assembling it.