In this follow up volume to The Many Lives of It, Jason V Brock analyzes Rob Zombie and his character Captain Spaulding. Available now from McFarland.

“…If House of 1000 Corpses was a kind of twisted, adult version of Ray Bradbury’s Something Wicked This Way Comes (1962), then its follow-up—2005’s The Devil’s Rejects—is more of an opera in scale than a novel. We return to the situational aftermath of Corpses and come to appreciate the enormity of the horrific enterprise. The four main characters are back, this time on the run from the law rather than lying-in-wait to ambush victims. Once again, [Rob] Zombie’s oddball fascination with the outsider “hillbilly cracker” elements of his aesthetic are fully displayed, calling to mind many Joe R. Lansdale characters, as though he is attempting to enhance the shock of Deliverance (1972) for modern sensibilities jaundiced by the horrors of 9/11 and the depravity of Daesh (aka ISIS), while infusing some indie-spirited Russ Meyer porno vibes. The lasting impression is one of a real story playing out in the dialogue and interactions, even as the characters themselves approach parody status with their melodramatic violence and decadence. Adding to this at-times disorienting imbalance between onscreen action and audience reality is Zombie’s penchant (also shared by filmmaker Quentin Tarantino) for using actors he admired from his childhood reminiscences, tapping into a subtextual (almost subliminal) collective remembrance for filmgoers.
At any rate, Captain Spaulding and his deranged progeny ([Sid]Haig’s character is revealed to be the patriarch of the Fireflys) manage to find plenty of victims to exploit, and what ensues is often grueling and hard to watch, though the direction is superior this outing, the writing is sharp, and the acting generally exceptional….”

Read the rest of essay …

The frightening yet comic clown is one of the best and most enduring characters in literature, theater, television, and film. Across the centuries, from Shakespeare’s Porter in Macbeth to Edgar Allan Poe’s “Hop-Frog,” or Stephen King’s Pennywise, horror and comedy have blended to create the perfect recipe for entertainment.
This volume gives an in-depth analysis of the clown horror genre, including essays by revered horror scholars whose essays cover topics such as nostalgia, race, class, and new portrayals of the scary clown as zombies or phantoms. It also offers interviews with actors and directors working in the clown horror genre: Eoghan McQuinn (Stitches), Kevin Kangas (Fear of Clowns), and Jaysen Buterin (Kill Giggles). Some of fiction’s most terrifying creations–like the Killer Klowns, Captain Spaulding, Art the Clown, Krusty, Frowny, the Joker, and Twisty–jig through these pages of analysis and deconstruction, asking what these many iterations of scary clowns have to say about our society and its fears.

Image by JaSunni Productions, LLC/Cycatrix Press via Flickr Had a wide-ranging interview conducted by Joe Parrington on his syndicated show, …

This article: “I Know This World” to appear in BLEED | John Palisano

Jason V Brock was a guest on Cardinal Sin’s Masters of the Genre YouTube show on August 16th, 2022. You… SIGNING: OCT 25 – Horrorcon at Book Bin East in Salem, OR 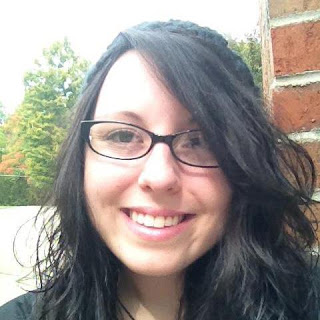 The Lockbox is happy to have a guest today. You may remember Stephanie Wytovich. I interviewed her last summer. Well, she’s back, and she’s going to talk about her forthcoming book of horror poetry, HYSTERIA.

Without further ado, here she is.

-So…talk to us about HYSTERIA. What’s it about?

The easy answer is that HYSTERIA is about madness, but to me, it’s always been about acceptance. When I sat down and decided to start writing it, I essentially decided to go a little mad myself. There was nothing easy about writing this collection: no fun nights composing next to the moon, no clever evenings spent making up metaphors and bringing characters to life.

And it was painful.

I read a lot of abnormal psychology, studied the diseases of the brain, and traveled across the states to visit different asylums and feel the air and the charge of what it meant to be locked up in solitary. I sat in the isolation rooms of West Virginia’s State Penitentiary, and spent the night at the Trans-Allegheny Lunatic Asylum.

And then I met her.

Most of the pieces came to me late at night, crazed and racked by insomnia, and when they did, they were fluent and clear, as if I were talking to the characters one-on-one. I wrote down their voices, shaped the faces that I saw in my nightmares, and looking back, it’s no wonder I didn’t sleep. The patients that readers will meet in this collection are vicious, cruel, and more often than not, completely insane.

Although there are a few innocents.

But who out there is really walking around with a clean conscience?

-What inspired you to put the book together?

When I was an undergraduate at Seton Hill University, I had to start a blog for my Intro. To Literary Study course. I heard everyone talking about blogs and their importance, but to me, it just seemed like another chore that I had to maintain when all I wanted to do was write poetry and study art. But, I created one…quite sarcastically at that.

“Join me in the madhouse,” I said.

Blogging drove me insane, and I hated doing it. And then one day, I hated it a little less, and then even lesser than that. The crazy part about it was that I soon started doing it for fun. I played with the madhouse theme, reviewing psychological films and critiquing books under the veil of psychoanalytic criticism. I read a lot of Freud—probably too much Freud—and paid special attention to his ideas on sexuality and the uncanny.

I saw madness—erotic, uncanny madness—everywhere I went.
The thick, black sludge of the mind’s breaking point.

And when I realized that madness broods inside us all—whether we choose to accept it or not—I knew that I had to explore it, dissect it, rip it apart with a scalpel and study it.

-Is there anything in there that shocked even you?

The entire collection was/is quite shocking to me. Yes, I realize that probably sounds odd considering I write horror, but I don’t think I’ve ever created something so dark, so angry before. There are pieces in there that I look at and think who/what wrote that?

But that’s what I wanted.

I wanted the voice that not only sits in the shadows, but is the shadows. I wanted darkness, blackness, and madness all wrapped up in a straightjacket and ready to go.

And then I wanted to release it and watch the asylum burn.

-Do you ever see yourself writing anything but horror?

Horror is what I do—what I love to do—and I can’t imagine doing anything else, because let’s face it… horror is in everything. What’s scarier than exploring space and meeting aliens? What’s more frightening than meeting creatures that exist only in your wildest dreams? And what’s more horrifying than falling in love?

Fear is in everything.

It doesn’t matter what genre I’m writing in.

I’m going to strangle it and take it down.

-Name a book/tv show/movie you like that would surprise people.

Something that would surprise people, eh?

I’ve seen every episode of Spongebob to date.

And I was there opening day to see the movie when it came out.

That crazy, yellow sponge cracks me up.

Preorder your copy of HYSTERIA here.

She’s also on Goodreads. Enter the giveaway to win a free copy of HYSTERIA!

“Also, I’ll be reading from Hysteria at Kafe Kerouac on August 2 from 7-9 p.m. alongside fellow poets John Edward Lawson and Michael A. Arnzen to kick off DogCon2. There will be comedy, madness, and amputated prose, not to mention a whiskey tasting to follow! We’d love to see you there!”

About Stephanie
Stephanie M. Wytovich is an Alum of Seton Hill University where she was a double major in English Literature and Art History. Wytovich is published in over 40 literary magazines and HYSTERIA is her first collection. She is currently attending graduate school to pursue her MFA in Writing Popular Fiction, and is working on a novel. She is the Poetry Editor for Raw Dog Screaming Press and a book reviewer for S.T. Joshi, Jason V. Brock and William F. Nolan’s Nameless Magazine. She plans to continue in academia to get her doctorate in Gothic Literature.

Check out my previous interview of Stephanie here.

We are happy to announce that we will be attending Chicon 8 in September. This will be the 80th World…

Join us at the 36th Annual Los Angeles Vintage Paperback Show. We’ll be signing and selling the latest books…